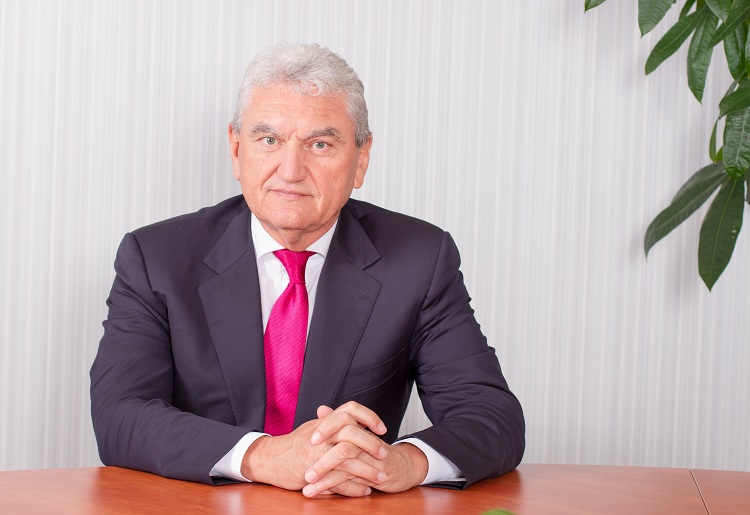 European Times: What is your mandate as President of the ASF?

Misu Negritoiu: Two years ago, I assumed the responsibility of reforming and rebuilding an institution in distress. My task was to restore and enhance its credibility and its role as an effective regulator and supervisor of Romania’s non-banking financial markets. The reform of the ASF was not a goal in itself, however. It was meant to provide a sound foundation so that the ASF could effectively fulfil its obligation to safeguard the stability of Romania’s financial markets, ensure their sustainable development, and, last but not least, protect consumers and rebuild their trust. We are dedicating a great deal of time towards restoring market balance in the insurance sector. It was high time to assume the unpopular role of reformer in this market. Insurers are now facing a huge challenge, but we are all in the same boat and we will hopefully keep this boat on a course of recovery and growth.

European Times: What changes have been made at the ASF over the past two years?

Misu Negritoiu: We have reshaped and harmonised regulatory and supervisory policies and regimes across our three markets – insurance, private pensions and the capital market. We have also streamlined organisational structures. We are still working on implementing efficient ICT solutions and we are strengthening our human resources, establishing the ASF’s authority and forming productive partnerships.

European Times: How is the stock market developing?

Misu Negritoiu: Last year we celebrated the 20th anniversary of the creation of the Bucharest Stock Exchange. Romania’s young capital market was marked by irrational enthusiasm before the 2008 crisis and dark pessimism afterwards. Once it demonstrates its importance for the Romanian economy, the capital market will be able to become one of the investment landmarks of the CEE region. So far, the market’s development has been closely linked to the privatisation process. Now, the biggest challenge is to encourage new private issuers to list their companies on the Bucharest exchange and to seek out financing tools other than bank loans.

There is still a lot to be done in enhancing market liquidity and market capitalisation, although many steps have been taken to remove administrative and cost barriers. In August 2014, we initiated the STEAM project, which is designed to address deficiencies in the capital market. We continue to optimise legislation and consolidate market infrastructure. Together with increasing the number of share issuers, we are keen to develop a strong bond market.

European Times: What are some recent challenges in the insurance market?

Misu Negritoiu: Over the past couple of years, the market witnessed an unsustainable motor-third-party-liability (MTPL) pricing war, with a significant negative impact on the profitability of this line of business and on the companies which depended too much on it. Ever-increasing repair costs, unprecedented bodily-injury claims and insurance fraud threatened insurers’ profitability, and some went bankrupt. The ASF has led the process of drafting a new law on MTPL insurance.

The Solvency II Directive is increasing the level of transparency in the insurance market and helping to convince both insurers and their distributors to really focus on customers’ interests and avoid misleading them. We fully share the determination of the European Insurance and Occupational Pensions Authority (EIOPA) to ensure that customers understand the features of a product they are buying, and to prepare the market for the new EU insurance-distribution directive.

European Times: What is the ASF doing to protect consumers?

Misu Negritoiu: In 2015, we created the Consumer Protection Directorate inside the ASF to respond to consumers’ questions and complaints. We are now developing an automated case-management system for this programme. We have also set up an alternative dispute-resolution entity which will strengthen consumer protection. The ASF is well aware of the tremendous effort needed to run a meaningful programme of financial literacy and is working hard to develop educational projects, including at the university level where we hope to find resources for independent analysis and market research.

European Times: How does the ASF collaborate with EIOPA?

Misu Negritoiu: The ASF is the only national authority representing Romania’s interests to EIOPA. We actively support EIOPA’s mission to ensure a consistent level of regulation and supervision across all EU member states. As president of the ASF, I am a member of the Board of Supervisors of EIOPA and I was elected a member of the EIOPA Management Board in December 2015. A good example of our cooperation with EIOPA is the 2015 Balance-Sheet Review, a comprehensive evaluation of the Romanian insurance market conducted by EIOPA and the European Commission.

European Times: What is your personal message about the ASF?

Misu Negritoiu: I am very proud that I have had this unique professional opportunity to manage the ASF’s in-depth institutional reform and to help foster the development of Romania’s non-banking financial sector. The ASF has undergone a process of reorganisation, integration and consolidation in order to be able to operate more effectively as a supervisory agency and to modernise its approach and methods to match international best practices while also launching new projects. We now have a new institutional strategy and vision oriented towards enhancing the stability and development of our markets, improving the quality of products and services, and increasing consumer confidence, all via effective but streamlined regulation and supervisory tactics.